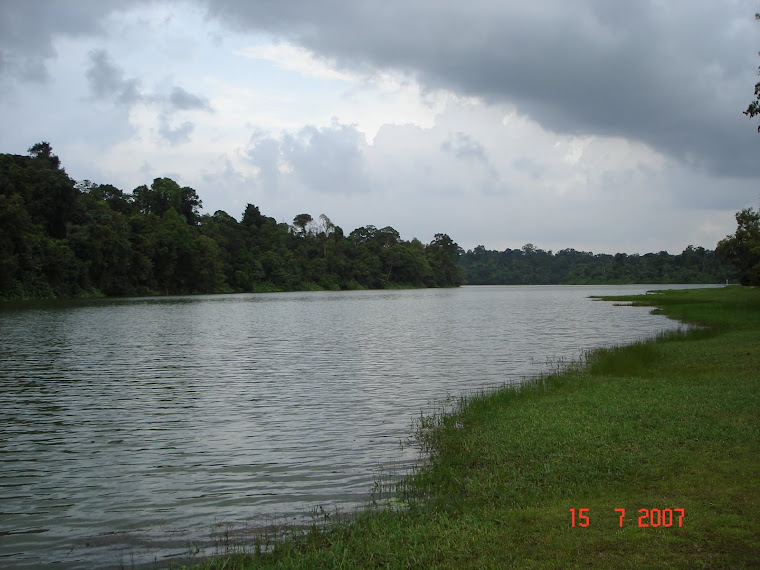 
On the evening of 18Nov12, Sunday at a remote round-about along Tanjong Rhu, I almost ran into a heavy chunk of metal, a white taxi. Instead of tailing full-circle behind my bicycle, the taxi driver took a short cut and drove in front of me. Fortunately, I was not riding fast or furious.

Strangely, he stopped a short distance away then after. I rode alongside and tabbed on his side screen. He was oblivious, fiddling with his hand phone. I said: “Can you have some respect for a cyclist. You cut into my path”. He said: “I saw you what!” I replied: “What you did was wrong” and he waved me on saying “I have no time for you”.

Well, I had time for him. Thanks to an old smart phone, I took a photo of his cab. He shot out yelling and I scoot off using the park connector, a safe haven from motorised vehicles. If I have to pull him by the ears to a court hearing, I would. Given our zero tolerance on road bullies, I reported and left this in the good hands of our traffic police.

Parliamentary Secretary for Transport Assoc Prof Muhammad Faishal Ibrahim on 10Sep12 in Parliament said: “The number of cyclist fatalities averaged 18 per year over the same period from 2008 to 2011. Cyclists were found to be at least partly at fault for about half of these accidents. Since the beginning of this year, there have been 11 cyclist fatalities”.

It is no joy to read: “Cyclists were found to be at least partly at fault for about half of these accidents”. A bicycle or, for that matter, a motorcycle is most vulnerable on the road in relation to a motor vehicle. The de facto engagement rule on roads must be that the fast and well-protected keep a look out for the slow and less-protected. In any accident between a motor vehicle and 2-wheelers, the latter are always worst off, never mind who is at fault.

In a study done in the UK by David Spiegelhalter, a professor of risk assessment at university of Cambridge compared 4 modes of movements and its associated risk. He used the term “micromort”, defined as one in a million chance of sudden death.

The distance travelled per micromort is 15 miles for walking; 20 miles for cycling; 6 miles for motorcycle and 250 miles for motor vehicle. It is, therefore, not surprising that motorcycles are riskiest and that cyclists in the UK fare slightly better than pedestrians. The stat showed motor vehicles to be 12.5 times better off than cyclists comes as no surprise. It’s glaring but true that speed on two wheels makes motor cyclists awfully vulnerable at 42 time’s worst off than motorists.

According to a US skydiving site quoted by Prof Spiegelhalter, there were 20 fatalities recorded in 2010 over 3 million jumps. This works out to be 6.7 micromorts.

The remaining 40% fatalities attributed to foreign-workers, intra-town travel.
Using these ball park numbers, on-road recreational cycling (6.8 micromorts) in Singapore is a tad worst than skydiving (6.7 micromorts) in the US! 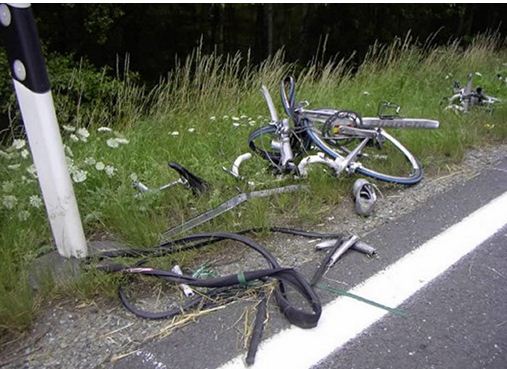 The month before parliamentary debate on this matter, the most horrific cycling accident involved a lorry hitting 3 cyclists one after another along Loyang Avenue on a Saturday morning at 6:50am. The first two riders escaped with injuries. The last rider, a banker of 48 years old with a pregnant wife and a young child, died on the spot.

In the past months, it appeared accidents involving cyclists and motor vehicles last year have been expedited to be dealt with. Early last year, a hit-and-run driver, while under driving suspension, ran over a 58 year man. He died on the spot. It was recorded that the culprit stopped his van farther ahead, walked back to the accident scene before getting back to his vehicle and drove off. Thankfully, there were witnesses. He was eventually caught, sentenced to six months imprisonment and banned from driving for seven years.

Here is something to cheer about in justice delivered. In a drink driving case, the driver knocked down and killed a retiree cyclist. He was initially fined and banned from driving for 4 years. Culprit pointed out that an extremely broad tree obscured his view in that accident. Mercilessly, that tree was cut down! Latest development is that prosecutors lodge appeal with the High Court to enhance his sentence to six-month jail including an 8 yr driving ban. We will see what happens.

So back to the scene, 500 metres away from my run in with a premier taxi. A cyclist of 46 years old died from a hit-and-run that same evening. It was also at a round-about. Within a short 4 hour island-wide search, the police manage to locate vehicle and subsequently arrested the culprit, a 36 year driver. He is out on bail.

Meanwhile, there are no changes to our vehicular roads except for the usual signs posted on lamp posts to remind motorists to watch out for recreational cyclists. The emphasis seems to be on off-road cycling as stated in parliament recently. Summary include:

“LTA has taken active steps to facilitate cycling as a mode of transport, starting with a $43 million pilot programme in 2009 to construct dedicated cycling paths in 5 selected HDB towns – Tampines, Pasir Ris, Taman Jurong, Sembawang and Yishun. Now it is extended to include Bedok and Changi-Simei. LTA have provided 6.4 km of dedicated cycling paths in the first 5 cycling towns. By 2014, this will increase to well over 50 km in our HDB towns.

These cycling paths are dedicated off-road paths, allowing segregating cyclists from on-road vehicles. These are generally planned to cater to short intra-town cycling trips, for example to key amenities and transport nodes like MRT stations and bus interchanges”.

Conversely it is deemed that an “unprotected cycling lane” implemented by some countries (eg UK, US) is considered less safe. So meanwhile nothing changed and on-road cyclists are left to fend for themselves. Doing nothing is not an option and doing something can only save lives, especially for on-road cyclists.

The “otherness” of cyclists makes them stand out, and that helps drivers cement their negative conclusions. This is also why sentiments like “taxi drivers are awful” and “Jersey drivers are terrible” are common, but you do not often hear someone say “all drivers suck”. Quoted from “Why you hate cyclists” by Jim Saksa.

Jok Kwang
Singapore
Enjoys technology change, people engagement, believe in doing well and doing good. Have a voice in the community, interest in healthcare, health wellness and the environment.